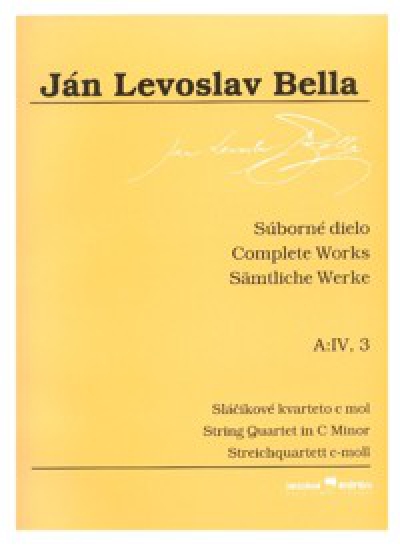 Due to its musical qualities as well as its alleged extra-musical intentions, this quartet is traditionally deemed to be the pinnacle of Bella’s quartet output, and as such it was studied by historians, musicologists, and musicians more that Bella’s other quartets. There are two extant versions of the work, and as a result of a misunderstanding, it is still being performed in a hybrid form - the first two movements are taken from the revised version, the last two from the original version. This volume contains both versions. Performance material is included.