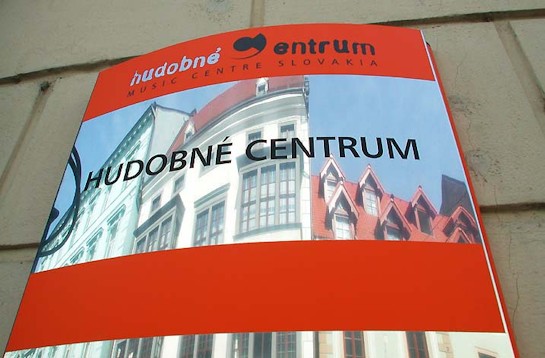 The Music Centre Slovakia is a State-subsidised institution established by the Ministry of Culture of the Slovak Republic.

The origins of a State institution involved in organising music life in Slovakia go back to 1969, the year when the Slovkoncert agency was founded, operating as a guarantor in the field of music festivals and concerts both of "classical" and "popular" music.

The concert life was run until 1969 by several institutions, e. g. by the Music and Artists' Centre and the Concert and Theatre Board (after 1958).

The introduction of federal organisation of the Czechoslovak Socialist Republic in 1969 meant also an extension and enhancement of the powers of Slovak institutions, especially as far as their international activities were concerned. This is how Slovkoncert gained public notoriety not only at home but also within the international network of art agencies.

In 1997, it was integrated in the National Music Centre, while in 1999 the Slovkoncert was turned into the Music Centre Slovakia consisting of five departments: documantation, publishing, concert, music education and economy.