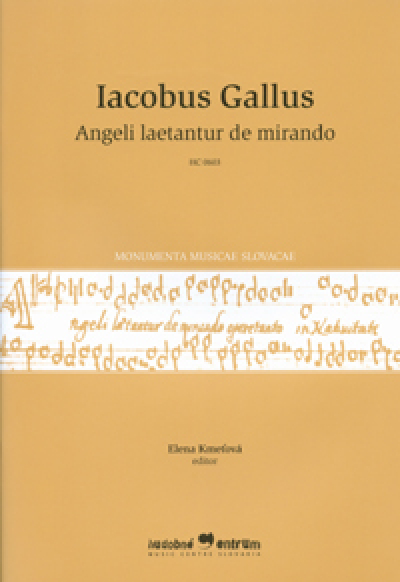 The music of Iacobus Gallus (1550–1591), the distinguished composer of the late 16th century, enjoyed considerable success in the Central-European region. This is attested by numerous printed editions and manuscript copies of his works in various period sources. The territory of Slovakia is no exception; the quantity of extant works allows us to say that in the 16th and 17th centuries his works were often performed in this region. The motet Angeli laetantur de mirando has survived only in manuscript form and this volume contains the reconstruction of the work from local manuscript sources dating from the 17th century, its transcription into modern notation, as well as an essay on the work’s authenticity. Edited by Elena Kmeťová.