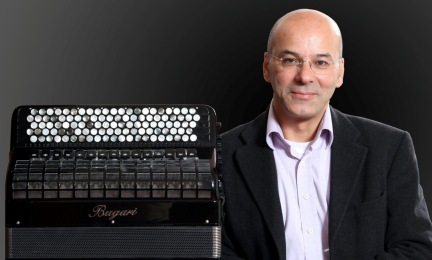 This year’s festival is opened by the accordeonist for whom Luciano Berio wrote his Sequenza XIII, and who has inspired a series of other prominent composers to make full use of this instrument’s admirably broad capacities. He will present the Slovak premieres of five recently created works by composers of a marked generational spread – from the almost eighty-year-old Hans Zender to Milica Djordjevic and Lucia Chuťková, both in their early thirties. The solo recital departs somewhat from the Festival’s main dramaturgic line, which is focused on ensembles, but on the other hand perhaps the accordeon, and particularly in the hands of a musician like Teodoro Anzellotti, can itself be regarded as a fully self-sufficient small ‘ensemble’...