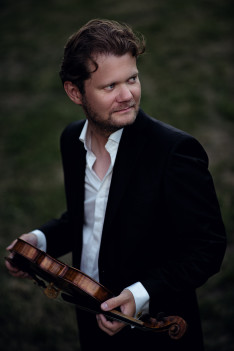 Existential struggle ‒ this might be the possible common denominator of the two compositions for orchestra with a solo string instrument by two authors from the former Eastern Bloc. Intense emotionality and an apparent spiritual dimension is characteristic of the music of both Pēteris Vasks, probably the best known contemporary Latvian composer, and the late Brno-based composer František Gregor Emmert. Two outstanding soloists, the Slovak Milan Paľa on violin and the Latvian Kristaps Bergs on cello, will be accompanied by the young and dynamic Sinfonietta Bratislava.